As a citizen of India, how would you support India's candidature for the permanent membership of Security Council? Justify your proposal.

As a citizen of India, we may support India's candidature for the permanent membership of Security Council in the following manner:
1. India is the most populous country in the world with one-fifth of world population.
2. India is world's largest democracy.
3. India's economic emergence on the World Stage.
4. India is a regular financial contributor to the UN.
5. India signifies a growing importance in world affairs in conduct of its foreign policy.
6. India participated in all the initiatives of the UN.

Match the principal organs and agencies of the UN with their functions:
A. 1. Economic and Social Council
2. International Court of Justice
3. International Atomic Energy Agency
4. Security Council
5. UN High Commission for Refugees
6. World Trade Organisation
7. International Monetary Fund
8. General Assembly
9. World Health Organisation
10. Secretariat
B. (a) Oversees the global financial system.
(b) Reservation of international peace and security.
(c) Looks into the economic and social welfare of the member countries.
(d) Safety and peaceful use of nuclear technology.
(e) Resolves disputes between and among member countries.
(f) Provides shelter and medical help during emergencies.
(g) Debates and discusses global issues.
(h) Administration and coordination of UN affairs.
(i) Providing good health for all.
(j) Facilitates free trade among member countries.

Mention any two agencies of the United Nations.

State any two objectives of the UN.

Critically evaluate the difficulties involved in implementing the suggested reforms to reconstruct the UN.

Name any two member states of the European Union who are permanent members of the UN Security Council.

What reforms in the UN are required?

How many member countries have got veto power in the UN Security Council and why?

What steps should be taken to make the UN more relevant in the changing context?

What are the functions of Security Council?

Describe any six criteria for the new membership of Security Council as suggested after 1997.

Who is present Secretary General of the United Nations?

Though the UN has failed in preventing wars and related miseries, nations prefer its continuation. What makes the UN an indispensable organisation?

Read the following passage carefully and answer the questions:
Countries have conflicteand differences with each other. That does not necessarily mean they must go to war to deal with their antagonisms. They can instead discuss contentious issues and find peaceful solutions, indeed, even though this is rarely noticed most conflicts and differences are resolved without going to war. The role of an international organisation is not a super-state with authority over its members. It is created by and responds to states. It comes into being when states agree to its creation. Once created, it can help member states resolve their problems peacefully.
1. Is this necessary to engage into wars during conflicts among countries?
2. Is an international organisation a super state?
3. What is the significance of international organisation?

Discuss the resolution adopted by General Assembly in 1992 over the reform of the UN Security Council.

Read the following passage carefully and answer the questions:
By 2006, the UN had 192 member states. These included almost all independent states. In the UN General Assembly, all members have one vote each. In the UN Security Council, there are five permanent members. These are the US, UK, Russia, France, China. These states were selected as permanent members as they were most powerful immediately after the Second World War and because they constituted the victors in the war.

Questions
1. How many member states were there in the UN 2006?
2. Name five permanent members of UN Security Council.
3. Why these states were selected as permanent?

Can the UN serve as a balance against the US dominance?

Mark correct or wrong against each of the following statements about the veto power:
(a) Only the permanent members of the Security Council possess the veto power.
(b) It's a kind of negative power.
(c) The Secretary General uses this power when not satisfied with any decision.
(d) One veto can stall a Security Council resolution.

Examine the role played by India in the implementation of UN policies and programmes.

"Reforming the UN means restructuring of the Security Council". Do you agree with this statement? Give arguments for or against this position.

As a citizen of India, how would you support India's candidature for the permanent membership of Security Council? Justify your proposal.

Critically evaluate the difficulties involved in implementing the suggested reforms to reconstruct the U.N.

On a political outline map of the world locate and label the following and symbolise them as indicated: 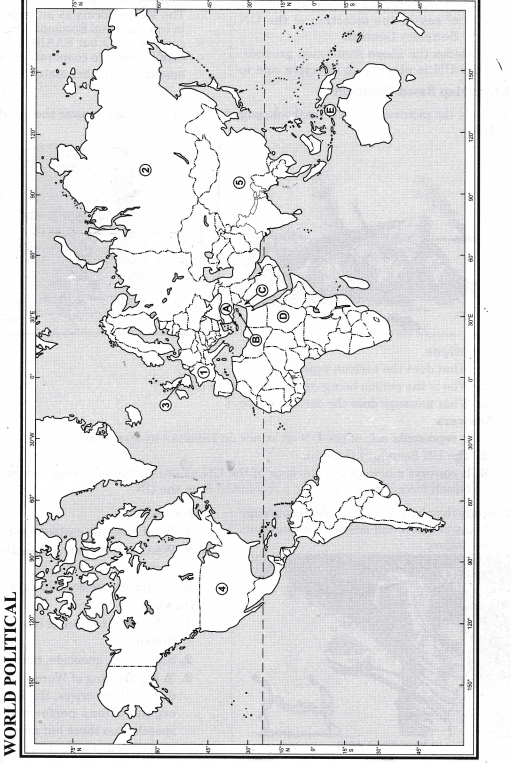 What is the veto power? Should it be modified?

Fill in the blanks:
(a) The prime objective of UN is
(b) The highest functionary of the UN is called
(c) The UN Security Council has permanent and non permanent members.
(d) is the present UN Secretary General.

How far did the UN perform its role successor fully in maintaining peace in the world? Explain.

Mark correct or wrong against each of the following statements about the way the UN functions:
(a) All security and peace related issues are dealt within the Security Council.
(b) Humanitarian policies are implemented by the main organs and specialised agencies spread across the globe.
(c) Having consensus among five permanent members on security issues is vital for its implementation.
(d) The members of the General Assembly are automatically the members of all other principal organs and specialised agencies of the UN.

What is the main objective of the United Nations?

Suggest any six steps since 2005 to make the United Nations more relevant in the changing context.

Study the picture  given below and answer the questions that follow: 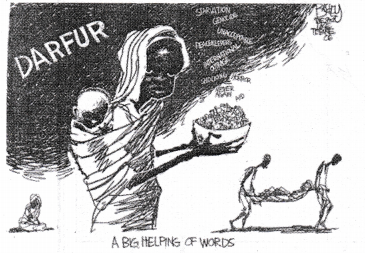 Mention any two advantages of having international organisation in the world?